Posted on December 31, 2011 by skyraftwanderer

Silvered mists roll in from the bay
streaks of star light buried in the fog,

hazed airs the incessant swirl of abstracted neon
and the drift of amorphous street light.

Local drawls echo from side wind streets.
drowned out by the number 5 wail.

A red line lingers in the miasma. 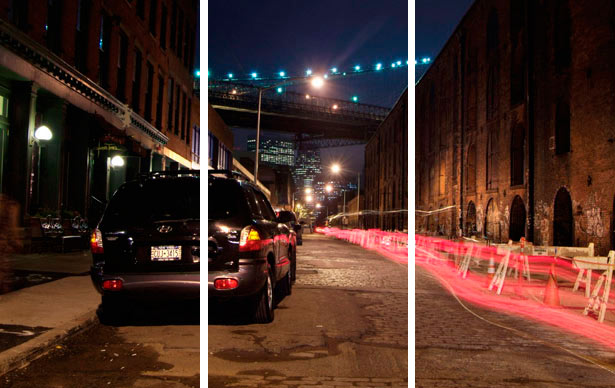 blue in green, red sequences to purple, gold blurs to black.
A car passes through, scraps fly from a back door.

Reflected in multiple miniature universes
in copy the world unfurls, and unfurls.

Under street lamps crowds mill around shop fronts,
push and pull in accordance with window displays.

Lightly bathed by the delicate tumbles of sheeted rain
the surge commences as I, unsighted – an urban recluse

returns to my notepad on the cafe table, scrambling down
poems, disappearing in the azure mists of steaming tea.

Same as the Chinese style I’ve been working with, but with a different subject matter.

A person who enjoys writing short story things, poetry and other random things that come into my head.
View all posts by skyraftwanderer →
This entry was posted in Poems and tagged City, Colours, Lights, Mist, Neon, Night, Poetry, Street, Urban. Bookmark the permalink.